Mr. Meat is a new horror escape room game that will make your hair move! Despite it’s funny graphics and entertaining atmosphere, the action is quite realistic and some moments can really creep you out. If you already played Hello Neighbor, you’ll know what to do. This one is very similar, but with a new concept: you have to rescue an innocent victim locked in the basement. But to do that, you’ll have to get past the killer first. There are only five hours until he catches you, keep that thing in mind! It’s easy to forget that you’re on the clock unraveling puzzles and running away from the insane maniac in Mister Meat game. But it doesn’t matter how well you managed to hide if there is less than a minute left and you’re just half way to your goal!

The gameplay consists of examining the building room after room, opening doors, finding helpful objects. And of course making sure Mr. Meat isn’t aware that you’re inside. That will be hard because you will be making noise from time to time whether you want it or not. In case like that it’s vital to distract the murderer, for instance, by slamming the door or hurling something to another part of the room. Sounds is the first thing he reacts to, so you’ll have a couple of spare seconds to avoid danger. The house is large and has several floors. You don’t know where the victim is kept, so you’ll have to explore every nook and cranny. Pay attention to the slightest details, they may clue you in on your subsequent actions. Games like this are perfect for training your observation skills and learning not to lose your head in critical situation. Clear thinking and quick reflexes are a must to succeed against this crazy killer and find the helpless person he is planning to slaughter in time! 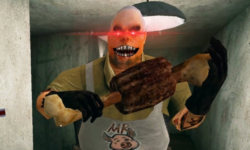 Horror games can be different. Some of them are scary as hell making you jump up and shriek when some terrible creature ...
Mr Meat 1.6.2
4.1
1436 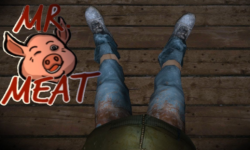 Maniacs are all around us! Some of them might even live next door. That's what happened to the hero of our game. For a ...
Mr Meat: Horror Escape Room
4.4
9013 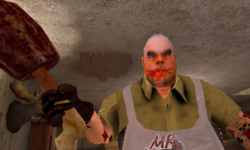 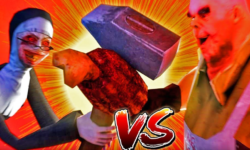 It's creepy enough to find yourself face to face with one maniac, and now imagine there are two of them! And not just ...
Mr Meat – Evil Nun
3.8
1881 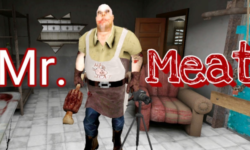 Classic escape room games are interesting at first, but can get boring once you get used to the gameplay. Why not to ...
Mr Meat in Real Life
4.4
1743 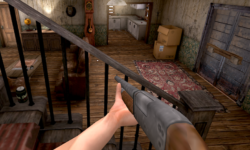 Those willing to tickle their nerves with a realistic, thrilling and emotionally intense horror experience should ...
Mr Meat in Minecraft
4.1
1713 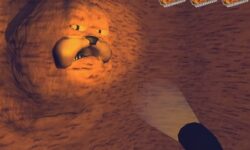 What can be scarier than to wake up in the house you do not recognize. This is what happened with the main character of ...
I Was So Hungry
1.5
108 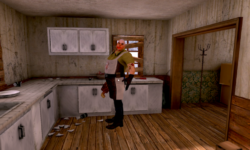 If you've been searching for a creepy game about a maniac killer and psychopath, congratulations, you just found it! ...
Mr. Meat Horror
4.1
2993 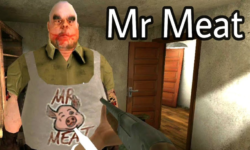 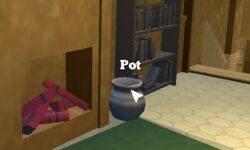 Would you love to peep inside a strange house that is full of secrets? Then hurry up to join this game. You will come ...
House Of Secrets 3D
5
58 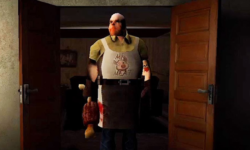 Imagine that you decided to pay a friendly visit to your new neighbor and get to know him a little better. You knocked ...
Unblocked
4.4
2022 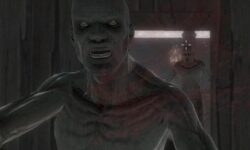 In this game, you will play for a plain farmer who has to go through a terrible trial. You are going to protect ...
Me Alone
0
71

The House Of Evil Granny

I Was So Hungry